A strong start to the year, confirming Amundi’s growth trend

Paris, 27th April 2018 – This Friday, Amundi publishes its 1st quarter 2018 results, reflecting a very strong start to the year and confirming the Group’s ability to grow while keeping costs under control, thanks in particular to Pioneer-related synergies.

These strong net inflows were driven by both client segments, Retail and Institutionals, by all regions, and by all investment expertises. This demonstrates the strength of Amundi's diversified business model:

Taking into consideration the contribution (up 54.3%4) from equity-accounted entities (primarily the Asian joint ventures) to income, and a tax charge of €95m, net income, Group share totalled €240m, up 15.0%4 compared with Q1 2017 on a comparable basis.

The Pioneer integration plan is being implemented quickly: more than 50% of the workforce reductions had already been completed at end-March 2018, several major legal mergers have taken place (Germany, Italy, the United States, Switzerland, Luxembourg, Czech Republic, Japan and Taiwan) and the first IT migrations have been successfully completed in Germany and Czech Republic. The IT migration processes are underway for the other platforms and are expected to be completed in 2018 in Europe and in the first half of 2019 in the United States. The good progress on the Pioneer integration suggests that the phasing of the synergies will be faster than announced, with 60% of synergies generated in 2018 (versus 40% projected).

Amundi’s very good performance in the first quarter of 2018, driven by all business lines and investment expertise, confirms the value of its business model, further strengthened by the acquisition of Pioneer, whose integration is on track with objectives but in advance with the announced timeline. 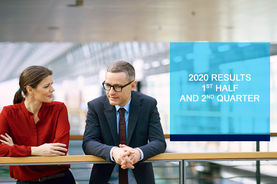 Good level of business activity and net income, in a context crisis 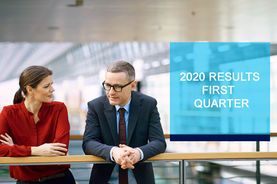 A 100% operational company for its customers despite the crisis ; High levels of activity and results maintained