On Wednesday, 13 February, Amundi is releasing its annual and fourth-quarter 2018 results: high annual net inflows, a sharp improvement in results and a successful integration of Pioneer that led to a higher amount of synergies. The dividend submitted to the General Meeting also saw an increase.

Amundi’s results rose once again in 2018, despite a market environment that grew unfavourable starting from the second quarter.

Adjusted net income1, which measures the Group’s performance on a comparable basis, increased to €946m. This significant growth (up +9 %2 vs. 20173) can be attributed to strong growth momentum despite a more difficult economic environment, as well as to lower operating expenses stemming from the realisation of Pioneer synergies.

The acquisition of Pioneer strengthened Amundi’s business model and its European leadership position.
In addition, this acquisition, carried out in record time (18 months) generated value: total amount of synergies raised from €150m (originally anticipated) to €175m and adjusted net earnings per share1 grew by +36% in 2018 vs. 2016.

An attractive dividend policy and a strengthened financial structure

Finally, Amundi's financial structure was solid once again; tangible equity9 amounted to €2.3bn, an increase of €0.4m from end 2017.
This solidity was once again recognized by the Fitch rating agency, which, in June 2018, reiterated Amundi's A+ rating with a stable outlook , the best in the sector.

Despite the negative effects of the market context that weighed on revenues, the quarterly adjusted net income remains high (€225m).
Net management revenues were down –11.2%. However, this decrease in revenues was offset by a sharp decline in operating expenses (-14.6%).
The sharp decline in expenses led to a cost/income ratio of 52.5%.

Despite an unfavourable market environment, Amundi's results increased sharply once again in 2018. There are two factors behind this improvement. First, business momentum remained strong, despite the market context, and benefited from Amundi’s significant international presence, particularly in Asia. Second, the Pioneer integration has been a success, and the acquisition has significantly strengthened Amundi's business model. This integration was executed quickly and competently, leading us to reassess the total amount of synergies up to €175m.


These strong results demonstrate the soundness of Amundi's business model. 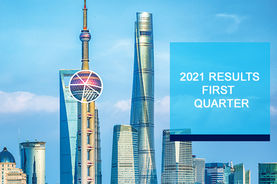 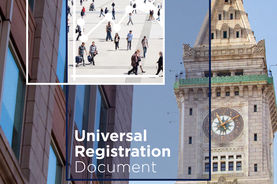 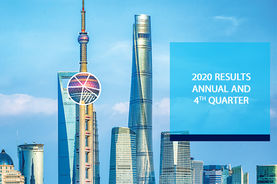